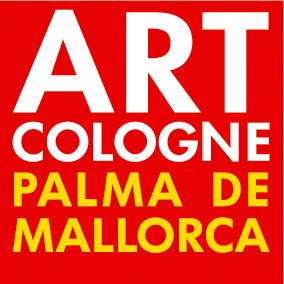 The Art Cologne Palma de Mallorca has celebrated its debut in the former Terminal A of the Son Sant Joan airport in Palma de Mallorca and Culturebrand Architects of Culture has been involved in the whole Management of the Fair and Art Show. This gala and international art event was a real special challenge not only for its organizer, Koelnmesse, but also for the local partner in this project, the district administration of the Balearic Islands, the Balearic Government and the City of Palma de Mallorca. The 55 galleries from 14 countries exhibited at the Premiere of the art fair. They brought together an impressive programme including very big international names and plenty of surprises. The list of artists whose works have been presented during the ART COLOGNE Palma de Mallorca is international and prestigious. For example, classical modernism was represented by names such as Max Ernst, Georg Grosz, Erich Heckel, Karl Hofer, Ernst Ludwig Kirchner, Fernand Léger, André Masson, Emil Nolde and Pablo Picasso. Galerie Hachmeister from Münster showed “La Femme au Livre” (Woman Reading) (1935) and “Boîte à allumettes” (Matchbox) (1963), two works by the French architect Le Corbusier, whose paintings are rarities on the Spanish art market. Henze & Ketterer, from Bern and Basel, came to Palma with several oil paintings by George Grosz, including “A Summer Day” from 1940. The Spanish gallery Barbié from Barcelona focused on the Spanish and German avant-garde of the postwar period and display works by Antoni Tàpies and Willy Baumeister.

Sculpture has long been an underprivileged category on the international art market, but that status is now a thing of the past. Visitors interested in sculpture found many fascinating works at the ART COLOGNE Palma de Mallorca. In addition to the sculpture project displayed in the airport and throughout the city – with works by Manal Mahamid, Marcelo Viquez, Miquel Navarro, Bruno Gironcoli, Robert Schad, Martín y Sicilia, Sebastian Romo, Thomas Möcker, Bernar Venet, Jörg Immendorff and Franz West – numerous gallery owners displayed sculptures in the exhibition halls. For example, the Samuelis Baumgarte gallery from Bielefeld showcased several rubber sculptures by Tom Lange and large-format works by Heinz Mack from the years 1993 to 1995. The Altair gallery from Palma de Mallorca showed several works by Anthony Caro, and Lars Bohman from Stockholm presented wood sculptures created in 2007 by Stephan Balkenhol. The Löhrl gallery from Mönchengladbach also displayed works by this German sculptor as well as by the artist Thomas Virnich, who spends often some of his time in Sollér at Mallorca’s Westcoast and creates works of art using found objects and items from everyday life. The Austrian gallery Mario Mauroner, located in Vienna and Salzburg, showed works by Fabrizio Plessi, who is known as the “sculptor of video technology”. And the Portuguese gallery Mário Sequeira from Braga featured the steel sculptures “Lemure” (2005) and “Mercury” (2004) by Franz West, who was represented by the Elisabeth and Klaus Thoman gallery from Innsbruck.

Top-calibre photography was also strongly represented at the ART COLOGNE Palma de Mallorca. The works displayed in the former Terminal A of the Son Sant Joan airport are by some of the top names among internationally renowned photographers. Among the undisputed masters of the art are Robert Mapplethorpe, whose works have been shown by Röpke from Cologne/Madrid, and Henri Cartier-Bresson, Alfred Eisenstaedt and Man Ray, who is also featured by Johannes Faber from Vienna. To give just two examples, Johannes Faber was showing two classic photographic portraits, “Valeska Gert” and “Kiki de Montparnasse”. Mario Sequeira was be presenting works by the Becher apprentice Axel Hütte. Other photographers whose works are in high demand on the art market include Michael Wesely, have been represented by Fahnemann Projects, and the architecture photographer Boris Becker, represented by the Holtmann gallery from Cologne.

Success consists of going from failure to failure without loss of enthusiasm.
Winston Churchill

Today you are you! That is truer than true! There is no one alive who is you-er than you!
Dr. Seuss