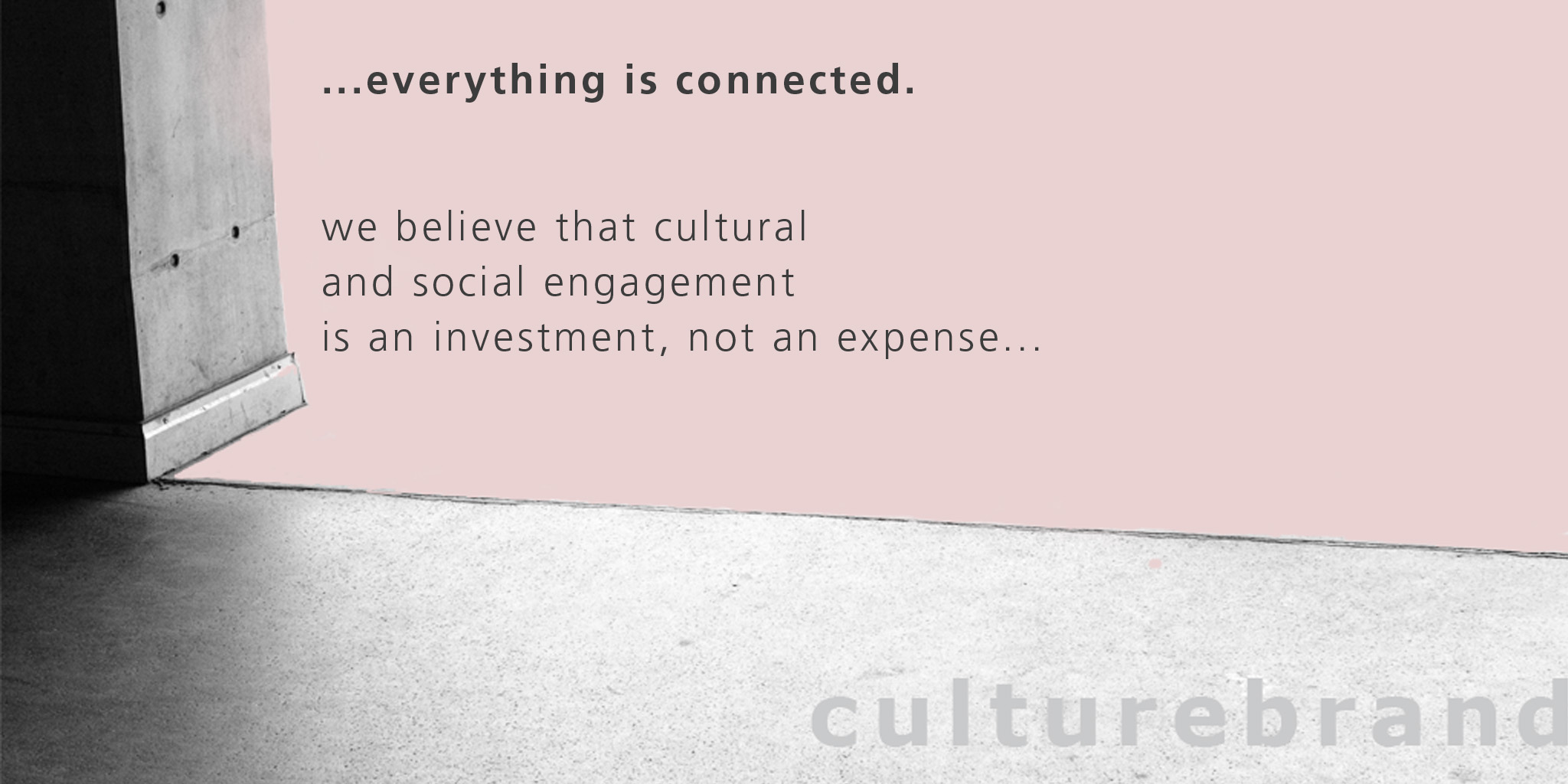 The Idea of an intentional metamorphosis from a European vantage point.

by Hubert Georg Feil
Culturebrand | Architects of Culture and Tourism

We can liken European culture to a tree whose individual national branches all stem from the same trunk bearing and nourishing them. They can only stay healthy, develop and put forth leaves and fruits if they are linked to their common origin. In turn, this is the only way they can supply the tree as a whole with new cultural nutrition. The many fruits of this tree constitute the diversity of cultural wealth in Europethat constantly sparks more creation.

Every European city with a high cultural standard and acredible attitude towards culture has its place on this tree called Europe. They are invigorated by it while metamorphosing and enriching it with ever greater cultural treasures. This metaphor illustrates that even the older and mature cultures of the nations need this tree called Europe. It flows through their very life blood and stirs newlife in them. If they break off this link, if they reject antitheses and counter cultures and then their cultural life blood starts down the road to desolation. They wilt and wither from their very inner being. “Unity in diversity” is the often cited image of European Integration that also constitutes a challenge to each and every one of us. We have to integrate diversity, conflict and the other. We have to endure and grapple with them to keep the cultures young that are politically housed in nations, to make sure their peculiarities don’t turn into idiosyncrasies, to ensure that Europe stays European.

This cultural stem cell rejuvenation treatment is one way for the cultural cities of Europe to compete for the honour of European Cultural Capital. That is, if the city has the courage to strengthen its ties while trying out something new. Myriad European Cities have all of the ingredients of a Cultural Capital. But, whoever takes up the challenge of competing for Cultural Capital has to prove that they are agenuine cultural capital. Competing for the title not only triggers a specific chain of thoughts about one’s own cultural identity. First and foremost, it sets aprocess in motion where ground-breaking projects set up a whole agenda of European topics that the city will be taking along on its trip into a future year as the cultural capital. That includes art, religion, politics and commerce while encompassing social and urban culture. Above all, this generates greaterself-assurance among the initiatives from the cultural and social scene.

The path to the Cultural Capital touches off an important process of learning in the new cultural cities of Europe while unleashing new sources of energy for the future. The city discovers a new source of confidence in itself and its culture while generating trust in its neighbours and Europe. But it’s not so muchtrust. The feeling of responsibility also grows, which is important for Europe and the way European cultures are interrelated.”Europe” should not just be equated with a distant bureaucracy and the power it wields over our lives. Instead, weall take the opportunity to start a new and discover something of Europe within ourselves. Together with our neighbours we set sail on a journey to the far away and as yet undiscovered cultural continent of Europe.

The structure of the other White Paper Texts is engendered by the context and idea of a Cultural Capital. First the vision is circumscribed by compiling the issues, thoughts and ideas for the future of the cultural cities of Europe. Thinking about one’s own culture in terms of citiesis where we encounter the foundation, our historical legacy, our identity and the countenance of the city developing over centuries. This process always includes taking stock of the present. Finally, the topics developed by every city for focusing on its own individuality are reflected in the model projects for a Cultural Capital Year. This is what a Cultural Capital of Europe should stand for now and in future. Competing for the title of Cultural Capital means grappling with new and exhilarating (and usually controversial) scenarios for building bridges to the zeitgeist of tomorrow. That gives the immutable past of a city a new appearance.

Hubert Georg Feil, Partner and President of Culturebrand, Architects of Culture: “My personal concern in competing for and developing a Culture Capital is mapping out avenues for artists, creative personalities, social initiatives, scientists, architects and religion to develop their own projects and artistic directions where they see their own needs and desires reflected. We consciously make ourselves vulnerable to the European zeitgeist of tomorrow. Europe has embarked on the way to a new metamorphosis of its urban, cultural, spiritual and social spaces in the coming years.”

It is my ambition to say in ten sentences what others say in a whole book.
Friedrich Nietzsche

Keep your face to the sunshine and you cannot see a shadow.
Helen Keller